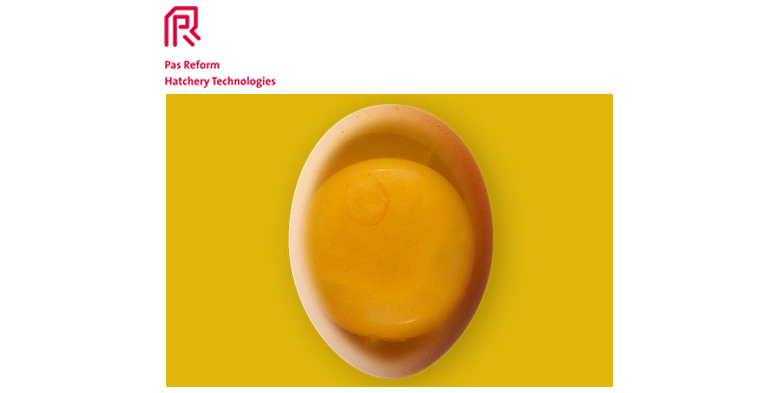 Written by Gerd de Lange, Senior Poultry Specialist,Pas Reform Hatchery Technologies
A hatchery’s objective is to hatch a chick from every egg that is set. However, losses occur, one type being ‘clears’, which are identified during candling. Clears can have different causes, and a break-out analysis is essential for distinguishing between these.

Eggs can be candled before they are transferred from the setter to the hatcher. If data is correctly recorded, whether by candling all eggs or by random sampling, valuable information can be gathered on the percentage of ‘clears’ for eggs from different flocks in relation to flock age and duration of egg storage prior to setting. A too-high percentage of clears (whether based on experience, analysis of historical data, or compared with a standard) will result in reduced hatchability and corrective actions need to be made. We look at the reasons for too many clears and the measures that can be taken to reduce these.

What are ‘clears’?
‘Clears’ are often taken to mean infertile eggs, but that is not necessarily the case, as it is not possible to differentiate between true infertile eggs and ‘very early dead embryos’ (before the blood-ring stage) by candling (whether done manually or using equipment). A break-out analysis of a reliable sample of clear eggs, done by well-trained and experienced staff, is the only way to determine the percentage of true infertility and early mortality. When there has been embryonic development, and thus sub-embryonic fluid formation, there will be a lighter yellow colour close to the embryo and darker yellow further away. And the shape and size of the germinal disc also provide valuable information. It is easiest to distinguish between infertile eggs and very early dead embryos by candling at 10 days rather than at 18 days, and much more difficult to do if clears are only opened on the hatch day. To confirm true fertility problems, fresh unincubated eggs from the same donor flock can be opened for comparative analysis.

True infertility
If true infertility turns out to be the biggest problem, the cause has to be sought in the breeder farm and corrective actions undertaken there too. Points of attention include:

Very early dead embryos
A high number of ‘clears’ may be due to an increase of very early dead embryos, sometimes called ‘membrane stage mortality’, when a blood ring has not yet become visible. One possible cause is that the optimal temperature for incubation has not been reached in the incubator. Another cause can be serious (local) overheating during the first days in the setter. The most common cause, however, is sub-optimal egg management between laying and setting. Cooling down of embryos after oviposition may happen too slowly or too fast. And sub-optimal climate conditions (especially temperature fluctuations) during egg transport and egg storage will weaken the embryo. Other aspects that should be checked are rough egg handling (shocks and jolts) and poor fumigation practices.

• Candle a reliable sample of eggs regularly to monitor the percentage of clears in different flocks in relation to flock age and duration of egg storage.
• Perform a proper egg break-out to distinguish between true infertility and early dead embryos before deciding on corrective actions.
• Be aware that too many clears may be due to management problems on the breeder farm rather than in the hatchery.
• Ask your technical advisor for help or use a troubleshooting list to track down the most likely cause of increased infertility or early dead embryos.